The store will not work correctly in the case when cookies are disabled.
Account
Out of stock
SKU
CAD-3701
Notify me when this product is in stock
Skip to the end of the images gallery 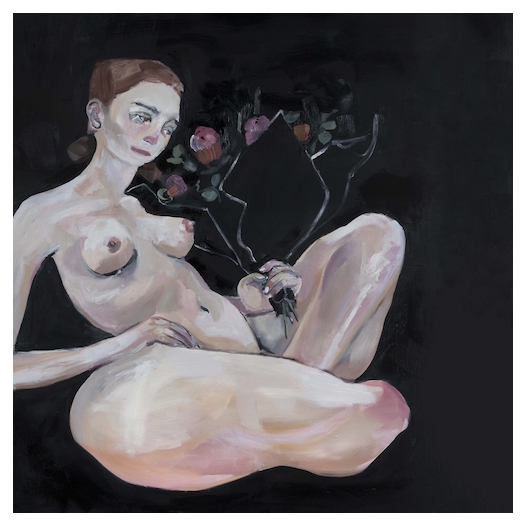 “To make this music, you put all your influences into this giant collage, and when it’s done, you think, what is this monster you’ve created? That’s why I try for things to be as interpretative as possible, it lets me off the hook.”

The monster that is the new Methyl Ethel album Everything Is Forgotten is a vivid, compelling and mysterious creature, all sinewy, curvaceous pop nuggets and enigmatic currents. But ask its leader Jake Webb to explore those enigmas is met with a little resistance. “Ideally, I want the music to speak for itself, rather to present myself,” he explains. “When I was making music alone, before I had the band, it was genderless and without a paper trail of information about my past.”

That paper trail leads back to Perth, the capital of Western Australia, where Webb imbibed the cassettes that he’d hear in his parents’ car - “doo-wop, the Beatles, the Everly Brothers, Del Shannon, the Beach Boys, Harry Nilsson,” he lists his favourites. “All my knowledge of songwriting is the old way. But I play with the form, to try and push the boundaries.”

Taking a musical alias from father’s work in fibre glass - made using methyl ethyl ketone peroxide, before Webb changed ‘ethyl’ to ‘ethel’ “in order to create an identity, a personality with a name,” he explains – the early Methyl Ethel bedroom recordings realised two EPs – Teeth and Guts – released in quick succession in 2014. A standalone single ‘Rogues’ won Pop Song of 2014 at the WAM (Western Australia Music) Awards, likewise ‘Twilight Driving’ in 2015, both of which were part of the debut Methyl Ethel album Oh Inhuman Spectacle, self-recorded in a remote coastal town south of Perth.

Something of a workaholic - in a ritualistic fashion, Webb rises every day at 8am, and works away (he reveals that 75 per cent of the next album is already demoed), writing and recording without outside assistance, conceiving and shaping every fibre of what makes Ethel so compelling. But Perth, the most isolated city on the planet, was never was never going to contain a driven soul like Webb, who admits, “it’s so easy to get pigeonholed as a ‘Perth artist.’ I wanted to break out… it’s that small-town thing.”

So Methyl Ethel became a touring band, a separate entity to the studio version, with bassist Thom Stewart and drummer Chris Wright. It was Wright, who also works as a sound engineer, who helped Webb get Oh Inhuman Spectacle across the finishing line; for the new album, Webb called on producer and rhythm king James Ford (Artic Monkeys, Foals, Jessie Ware). That’s also Ford’s drums – alongside Thom Stewart’s keyboards (otherwise, every other sound on the album is Webb) - on the album intro ‘Drink Wine’, which establishes the album’s simultaneously simple and complex weave of polyrhythms, all sublimely melodic and eminently hummable, with contrasting dark clouds of guitar and dancing bass parts, topped by Webb’s gorgeous, keening and gender-fluid vocals, and searing poetry.

The new sound slips alongside other adventurous synth/dance alumni such as LCD Soundsystem, rather than the shoegaze-adjacent dream-pop guitars that defined the debut album and which still underpins the trio’s foreboding live sound. “Everything Is Forgotten sounds that way for the sake of the song, I don’t want to make the sound fit the band,” says Webb. “For me, the studio is the best instrument to be able to play. I like to think we’re just the cover band for the artist that makes the album.”.

The album title – “it’s a classic cliché” – came to Webb in a dream. “Someone misquoted the saying, ‘come back, all is forgiven.’ It just felt right for the record. One aspect was my manic oscillating between two states - when it’s good, it’s good, and when it’s bad, you know it will be good again, so things balance out – it doesn’t matter either way. It’s also the idea that everything I say is deeply important, but it doesn’t matter either, because it will be forgotten!”

Suitably, for a record with irresistible danceable properties and yet deep undertows that reveal states of anxiety and enigma (‘See gold is cold all over / a symphony in a very beautiful car accident,” goes ‘No. 28’), a palpable sense of duality permeates Everything Is Forgotten, heaviness and lightness combined. In a musical capacity, there’s ‘Femme Maison/One Man House’, “saccharine pop that tears itself apart in the end,” Webb reckons. “The approach for the live show is the same - creation and destruction all in one.”

Among the lyrical aspects, the lithe, slippery intro ‘Drink Wine’ was inspired by the way alcohol, “opens you up a bit, so you’re more able to speak the truth, but too much wine is not so good.” The gorgeous, simmering finale ‘Schlager’ has a fearful lyric (“A fire in the gut, I will not sleep at all tonight”) yet the track is named after the German term for “terrible pop music, so it’s like my joke. I’m trying to be serious, but it’s just a pop song, so don’t think too hard about it.”

To further illustrate his point, ‘Ubu’ (inspired by Alfred Jarre’s absurdist/ surrealist play Ubu Roi) is a self-portrait of “self-flagellation and guilt, which sets things up to have a serious, cutting point.” Yet the track ends in the giddy mantra “why’d you have to go and cut your hair?” “Perhaps that’s all the song’s really about, being riled,” he says. “So it’s a little silly too. But let’s not reveal too much. It’s just as relevant to say what you think about the words.”

Echoing Webb’s view is the late Japanese legend Ohno Kazuo, master of Butoh, a very precise, ritualistic, gender-free form of dance theatre that has inspired the white body paint and sunken eyes of the new press shots for Everything Is Forgotten. “It is not important to understand what I am doing,” Kazuo said. “Perhaps it is better if [the audience] doesn't understand, but just respond to the dance.”

To explore Methyl Ethel’s charismatic and compelling dance on stage, the trio will be augmented by a keyboard player, to better replicate the album’s palate: “We’ll have become a new band by the time you next see us,” Webb promises. Everything is forgotten? Not for something as unforgettable as this.