The Late Cord
Lights From The Wheelhouse 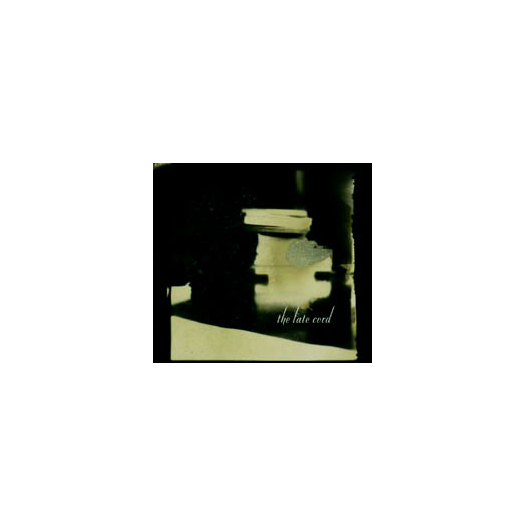 The Late Cord’s debut EP, Lights From The Wheelhouse, is a deep, contemplative blend of the acoustic and electronic, the traditional and experimental, the lyrical and abstract. The dual nature and strange coherence of The Late Cord aren’t surprising, considering its members, John-Mark Lapham and Micah P. Hinson, are each from completely different musical backgrounds but share the same birthplace – the small, arid West Texas town of Abilene.

Though John-Mark and Micah grew up within ten miles of each other, they didn’t meet until 1999. They were introduced by a mutual friend named Brandon Carr, who had helped Hinson record his first album, The Baby and the Satellite, and who would go on to become lead singer with the Earlies. Carr and Lapham had been renting several tiny, secluded rooms in the basement of a mostly empty 1960s office building in Abilene’s “historic” downtown. This secret recording studio was a primitive underground incubator, stocked with a computer, some microphones and Lapham’s hoard of bizarre, garage-sale electronic gizmos. The smell of Mexican food wafted down from the courtyard burrito joint in the afternoon, and at night, a small circle of musicians laid tracks on a diverse array of projects.

One of these undertakings, a whimsical collaboration between Lapham and Hinson, became the dark, somnolent seed for The Late Cord.

Tracklisting
1. Lila Blue
2. The Late Cord
3. Chains/Strings
4. My Most Meaningful Relationships Are With Dead People
5. Hung On The Cemetary Gates