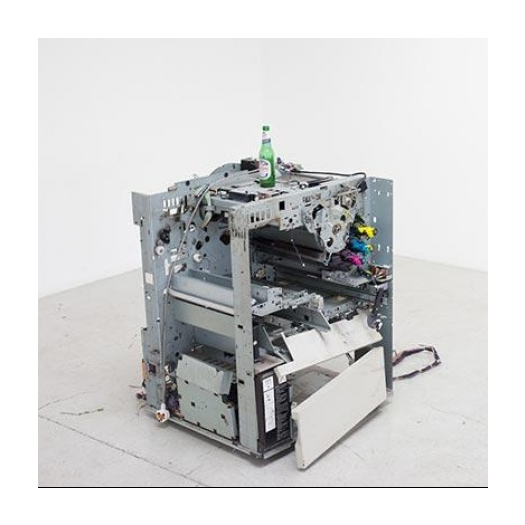 Celebrating Colourbox and their music's inspiration on German artist, Wolfgang Tillmans, the first non-English winner of the Turner Prize back in 2000, Music of the Group (1982 - 1987) opens in Berlin Saturday Sept. 13th. Taking place at his gallery space, Between Bridges, the exhibition is the first in the Playback Room series, running until the 25th of October.

Speaking of the show, Wolfgang said, "Brothers Martyn and Steven Young together with Ian Robbins, Lorita Grahame and Debian Curry were pioneers of experimental pop music. They created an eclectic sound drawing from reggae and soul influences, beat-box driven hip-hop rhythms, blue-eyed soul, as well as a fusion of far-ranging influences spanning from classic R&B, to dub and industrial. Using montages of analogue magnetic tape pieces and experimenting with tape machines, Colourbox were at the fore-front of sampling, which in it's digital form would become ubiquitous in the course of the 1980's. The band worked in a seeming contrast of pure artistic research in the studio and an anti-intellectual stance towards the outside world.

It is considered normal that in order to see original works of visual art one can visit a museum. However there is no dedicated space or place where one can go to to hear the works of musicians with the studio sound quality that the original recording was made in. Live music has dedicated spaces, whereas recorded music has none. This does not do justice to the fact that to many musicians the very essence of their work is the recorded final version of a song or album. Months of studio time have gone into creating a work with optimum sound quality. Undoubtedly music is a huge inspiration to visual artists, and many hold pieces of recorded music in the highest esteem. When attempts are made to bring music into art galleries, it is often done by using visual by-products, rarely by 'showing' the music in dedicated spaces equipped with the highest standard speaker systems.

The Between Bridges project Playback Room is hoping to encourage a critical discussion of this divide. For Colourbox, Music of the Group (1982 - 1987), the larger space of Between Bridges will become a playback room equipped with a high-end hi-fi sound system. A sequence of 16 songs will be played. The actual carriers of the recordings will be on show in the entrance space of Between Bridges: a display of original mastering tapes, 2", 1/2" and 1/4", and the records with artwork created by the highly acclaimed designer Vaughan Oliver, will be available to be handled by visitors. A list of transcripts of the original sound samples used by Colourbox will be displayed at the entrance on the gallery walls.”

To accompany the exhibition, a CD of Colourbox tracks has been compiled by Wolfgang himself. A limited number of copies have been made and they will be on sale at the gallery. The cover art for the record is from an unseen photograph series of Wolfgang’s comprising his prized Canon Colour Laser Copier, being dismantled after a decade of service; “80ies technology has influenced me a lot. When I won the Turner Prize I bought this copier with the money. Ten years later it was no longer repairable and I made this 'deconstruction' of it."