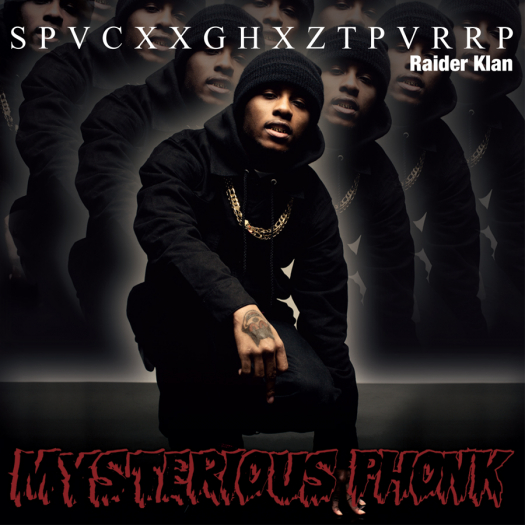 On June 12, 4AD will make available the debut commercial release from South Florida producer and MC, SpaceGhostPurrp. Entitled Mysterious Phonk: The Chronicles of SpaceGhostPurrp, the record compiles both new and old material, tracking the early years of this intoxicating prodigal talent.

Hailing from Miami, FL, SpaceGhostPurrp, who spearheads the Raider Klan Mafia, was born on April 1st, 1991; a date that has subsequently become known to him and his followers as 'Purrp Day'. Cast in the classic mould of producer/MC, his musical influences read like a checklist of hip-hop touchstones - Three 6 Mafia, UGK, DJ Paul, Eazy E, Tupac and DJ Screw - revealing him as a true connoisseur of the gloriously weird and wonderful. Given his age, the reference to such rich heritage shows Purrp as a child of the digital era; his rhymes veering between the hallucinogenic, somnambulant and visceral, his productions syrup-thick, schizophrenic and refreshingly off-kilter. Hard to pin down, his choice of language is an intriguing invite into his murky world, with the track titles alone a playful assault on audience expectations.

SpaceGhostPurrp also leads the mysterious collective of likeminded individuals called the Raider Klan Mafia who've built a compelling aesthetic on skate culture iconography and hardcore rap values. As such, he's an integral part of the US underground hip-hop community. Prolific too, to date he has released a string of online mixtapes that have helped him garner cult underground status. Chronicles of SpaceGhostPurrp sees him take a further step towards the spotlight, and one that brings new shadows with it too.