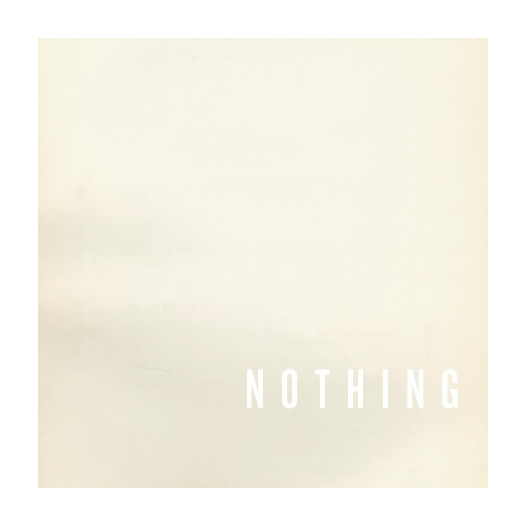 Zomby returns with the release of a new seven track record, entitled Nothing. Issued on limited edition white vinyl 12" and download, it follows the release of the producer's 4AD debut Dedication. The 12" also comes with a free download code.

Issued at the end of a busy year, like Dedication before it, it too shows just how far ahead of the rest of the pack Zomby really is. You might see it as companion piece to Dedication yet it also offers something of a bridge between the previous album and what's to come next. Considerably lighter in shade, even the artwork is reflective of this contrast – Dedication’s v23 designed sleeve a tombstone; Nothing a pure burst of light.

Again, the music tells its own story. While the trademark arpeggios and lilting melodies that have always characterized Zomby’s music are still present, what is startling is the breadth of styles channeled in just twenty-two minutes. Case in point is opener ‘Labyrinth’, an unabashed homage to early 90s hardcore. With perhaps one of the clearest vocals to feature on a Zomby record to date, it affronts with its directness. From there on, Nothing runs a gamut of sonic textures, drawing on jungle, rave, and grime in equal and unpredictable measure. Indeed, the immaculately titled closing track ‘Ecstasy Versions’ is a perfect condensing of Zomby’s muse, and an open door into his future. Wherever that might lead.