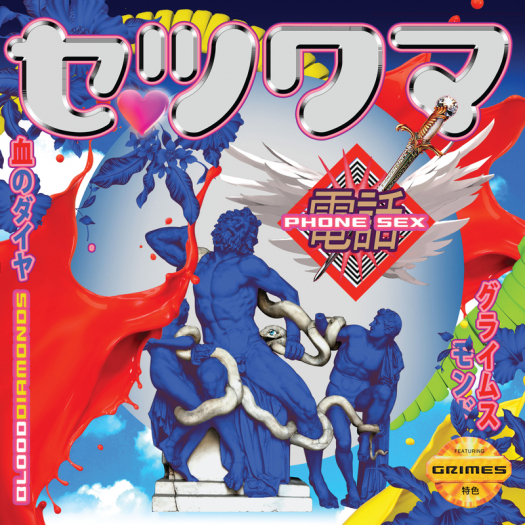 Blood Diamonds, aka Michael Diamond, is a Los Angeles-based pop artist best known for his luxurious dreamscapes and infectious, sun-dipped production. What will be his debut 4AD record, the much-talked about 'Phone Sex' track is finally getting released on July 24th.

Featuring close friend Grimes (Claire Boucher), ‘Phone Sex’ is a track they made together late last-year in a nightlong quest to create a perfect pop song. Influenced by both K-Pop and big productions, they succeeded in creating something true to their aim, an otherworldly summer anthem. For those new to Blood Diamonds, Mike has been making a name for himself over the last few years. Coming from a background in classical and modernistic jazz from his adolescence in Kansas City, after moving to Vancouver to study a degree in video game design, he became absorbed in all music electronic and started to make his own, sharing it online.

This will be his first commercial release since the ‘Grins’ 7” on Transparent Records last summer and he’s close to finishing off his debut album, which hopefully will be out in early-2013. ‘Phone Sex’ is being pressed as a 12” on transparent pink vinyl