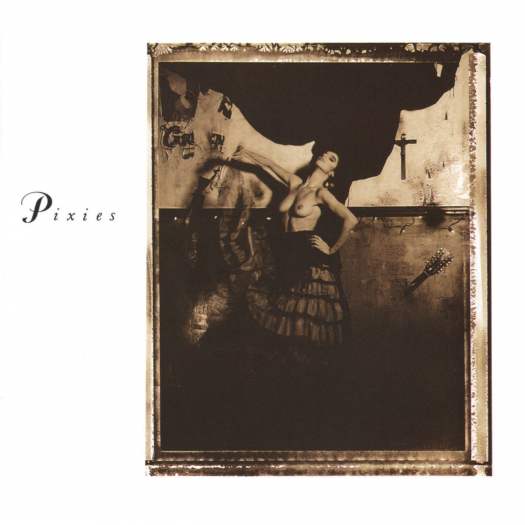 Released in March 1988, for Surfer Rosa, the Pixies follow up to debut Come On Pilgrim, 4AD founder Ivo brought in Big Black frontman and sound engineer Steve Albini to unleash "lazy evil" into the Pixies sound. The resulting Surfer Rosa featured many gems, none more so than Kim's instant classic ‘Gigantic’.

An uneasy physical presence dominated ‘Bone Machine’ and ‘Broken Face’, while ‘Cactus’ was spiked with T Rex's ‘The Groover’ and inspired by a prison inmate's pleas for his girlfriend to rub her dress with blood and send it to him. Then there was the brief comic book heroism of ‘Tony's Theme’ and an extended reworking of ‘Vamos’.

The album was completed in a fortnight, apart from some vocal mixes added afterwards. Two years later, Albini, in typically provocative fashion, described Surfer Rosa as "a patchwork pinch loaf from a band [who] at their top dollar best, were blandly entertaining college rock". However, most people who heard it were blown away by its abrasive dynamics and breathtakingly original songwriting. The record established the Pixies in the UK, topping the independent charts, and was named Album Of The Year by both Melody Maker and Sounds.