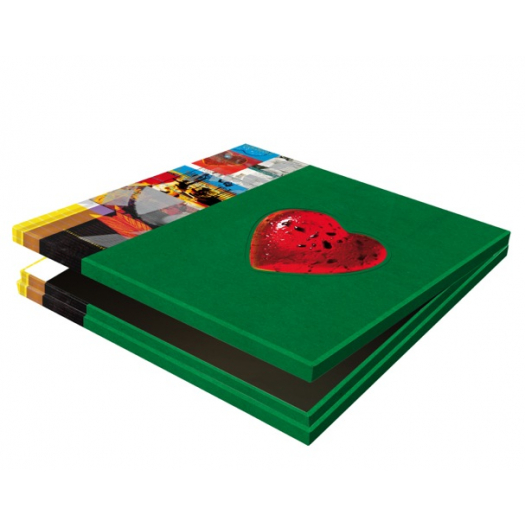 Details have been announced for LSXX, the 20th anniversary reissue of the Breeders' Platinum album, Last Splash, which will be released May 14, 2013 on 4AD.

LSXX will be available as a limited-edition, seven-disc vinyl box set, and a three-CD package.  Many of the recordings included in the set have never been released before, and for other tracks, it will be the first time they receive a worldwide release.  Cover and individual sleeve artwork has been created by renowned British graphic designer Vaughan Oliver, who described it as "an irreverent conceptual and visual re-imagining" of his original Last Splash artwork.

- a 12-inch vinyl pressing of Last Splash
- four 10-inch EPs - Safari, Cannonball, Divine Hammer, and Head to Toe
- a 12-inch vinyl live concert album, Stockholm Syndrome, recorded in Sweden in 1994, during the band's last European tour.  Seven tracks from this recording originally appeared on a fan-club-only CD; nine additional unreleased tracks from the concert are included here.
- a 12-inch vinyl record comprised of a BBC radio session recorded July 24, 1993 and available here for the first time, and the original Last Splash demo recordings, made in November, 1992
- a 24-page booklet featuring previously unpublished photographs taken during the recording of Last Splash, personal photos taken during two years of touring, and reminiscences written by band members and others, including Kim Gordon and J Mascis.

The CD release is comprised of the same material in a three-disc set.

Disc 2 - The Stockholm Syndrome (Live in Stockholm) - 12-inch vinyl
Shocker in Gloomtown
New Year
Hellbound
Saints
Hag
I Just Wanna Get Along
S.O.S.
Roi
Head To Toe
Happiness is a Warm Gun
Cannonball
Invisible Man
Doe
Drivin' on 9
Don't Call Home
Limehouse
(seven of these tracks previously were released as a limited-edition, fan club-only release via the Breeders' Digest; the other nine are previously unreleased.)

Safari EP - 10-inch vinyl
Do You Love Me Now?
Don't Call Home
Safari
So Sad About Us

Divine Hammer EP - 10-inch vinyl
Divine Hammer (single version)
Hoverin'
I Can't Help It (If I'm Still in Love With You)
Do You Love Me Now?